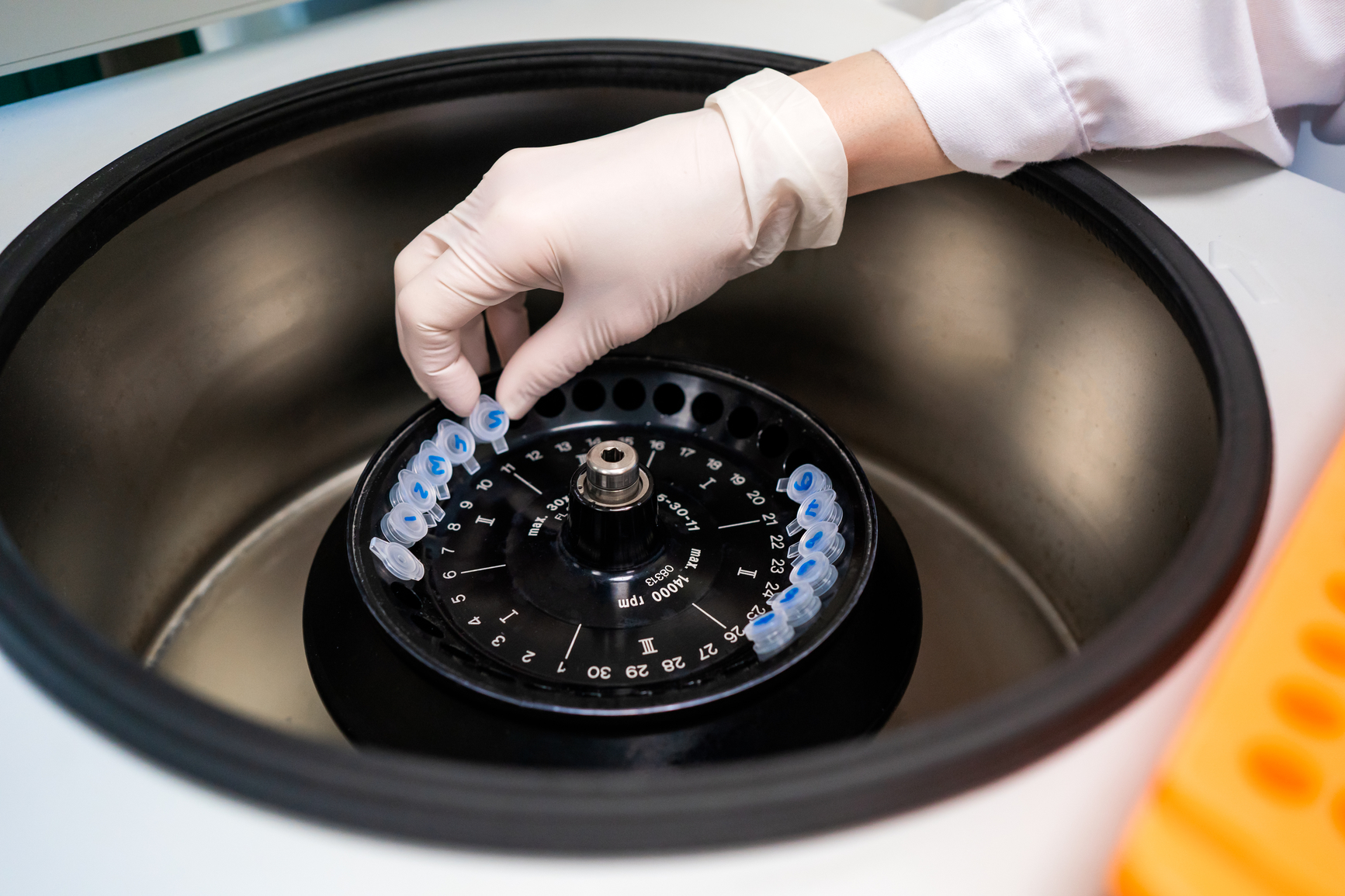 Chronic pain associated with nerve injury and chronic bone pain from metastatic cancer are unmet medical needs. This sober sentence vastly understates the crushing and devastating impact of these forms of pain on victims’ lives, their families, and their social and professional lives.

“I just can not sleep any more because turning in bed hurts, my spine hurts lying down, and sitting up to sleep hurts even more. During daytime, I have constant brain fog, interrupted by pain that within minutes gets worse (10-out-of-10) against a background of constant burning pain which gets worse toward the afternoon and evening. I hurt more when I go to the bathroom. The pain medication makes my brain fog worse, I feel like a zombie, I am badly constipated and itch all over.” That is how a patient with bone cancer pain feels. Testimony from victims of chronic nerve injury pain, through peripheral nerve damage from diabetes or medications, or in the aftermath of shingles, indicates that their lives are equally turned upside down from the pain.

New treatments against pain are needed. What is the desired profile ? “New drugs and other therapies against chronic pain need to be safe, i.e the fewer side effects the better, especially non-addictive and non-sedative, and effective. For example they should work against nerve injury pain and cancer pain, finally and practically, with minimal time to official drug approval. “Since chronic pain, like many chronic diseases, has an important root in genetic switches being reprogrammed in a ‘bad’ way, a disease-modifying treatment for chronic pain should reset the genetic switches, not just cover up the pain as with opioid and aspirin/tylenol-like painkillers,” says Dr. Wolfgang Liedtke, who practiced pain medicine for the last 17 years at Duke University Medical Center in Durham, NC, USA, and directed the former Liedtke-Lab to elucidate basic pain mechanisms. Dr. Liedkte moved to an executive position at Regeneron Pharmaceuticals in Tarrytown NY, in April 2021.

Liedtke’s Duke team, jointly with colleagues from University of California Irvine, tackled the problem by starting with a collection of “junkyard of cancer drugs”, 1,057 compounds originating from two Compound Libraries of the National Cancer Institute. Liedtke picked cancer drugs because a sizeable number of them influence epigenetic regulation of genes, which stops rapidly dividing cancer cells from dividing, but can reset maladaptive genetic switches in non-dividing nerve cells. In order to identify useful candidate anti-pain drugs from this starting pool, Liedtke’s team devised a screening method that relied on brain nerve cells from genetically-engineered mice that were “knockin” for a convenient reporter gene system so that compounds that enhance expression of an anti-pain target gene would generate a bio-luminescent signal which can be readily measured, allowing 1,057 compounds to be tested.

The selected anti-pain target gene was Kcc2 which encodes a chloride extruding transporter molecule, KCC2. KCC2 churns out chloride from nerve cells, low chloride means strong function of inhibitory neurotransmission, also in pain pathways, thus silencing the pain signal, or not allowing it to break through. In essentially all forms of chronic pain studied in experimental animals and also human spinal cord models, KCC2 disappears from the primary pain gate in the dorsal spinal cord. Liedtke’s team identified 137 first-round winners, i.e Kcc2 gene expression-enhancers, which then were retested iteratively, with a yield of four final co-winners. Kenpaullone was selected for work-up because the compound had a strong record of protecting nerve cells in human ALS models, also hearing and brain neurons from damage. In mice, Kenpaullone functioned effectively against pain caused by nerve constriction injury and by cancer cells seeding in the femur. Pain relief was profound, long lasting and with protracted onset, indicative of Kenpaullone impacting gene regulation.

Says Liedtke “At this stage, we knew we had met the basic requirement of our screen of shelved cancer drugs, namely identified Kcc2 gene expression-enhancers, and demonstrated that they are analgesics in valid preclinical pain models.” Thus encouraged, Liedtke’s team addressed whether Kenpaullone affected spinal cord processing of pain, with affirmative findings, then whether the pain-relaying nerve cells in the dorsal spinal cord can lower their elevated chloride, caused by nerve injury, by Kenpaullone treatment – again with resoundingly affirmative results. This was great news and prompted the investigators to query how exactly Kenpaullone works in nerve cells so that the Kcc2 gene is expressed stronger.

They discovered the underlying signaling mechanism, a key element of it completely new. Kenpaullone inhibits the kinase GSK3-beta which adds phosphate tags to other proteins which in turn switches their function powerfully. They found that the kinase target of GSK3beta is delta-catenin, delta-cat, which when phosphorylated is tagged for the cellular garbage bin. That means that chronic pain, via activation of GSK3-beta leads to loss of delta-cat in pain relaying neurons. What is the original function of delta-cat in relation to pain relay, and in relation to gene expression of Kcc2 ?  Liedtke’s team found that non-phosphorylated delta-cat transfers into the cell’s nucleus and binds to the Kcc2 gene’s DNA in its promoter region, where it switches back on the switched-off Kcc2 gene. To prove the relevance of this pathway for pain, they devised a gene-therapeutic approach so that phosphorylation-resistant delta-cat becomes the payload of an AAV9 gene-therapy viral vector, which infects spinal cord dorsal horn neurons. Injection of this gene therapy vector into the cerebrospinal fluid of mice was similarly analgesic as Kenpaullone.

These findings suggest that Kenpaullone and similarly-acting kinase-inhibitory compounds, also delta-cat gene therapy can become new tools in our toolbox against chronic “refractory” pain, also caused by nerve injury, also caused by cancer bone pain, likely against other forms of chronic pain where Kcc2 is not expressed well (trigeminal pain), and possibly other neurologic and psychiatric disorders where this mechanism appears to contribute to disease.

Summary Figure
Upper right “Junkyard of cancer” drugs were screened, akin to sieving through sand, looking for gold nuggets. Kenpaullone was identified as a “winner”, capable of switching on the Kcc2 gene, which previous research predicted to be beneficial for chronic pain.
Upper left Nerve injury pain and bone cancer pain are serious and pressing unmet medical needs. Preclinical models were used totest Kenpaullone which proved to be highly effective in both.
Middle panels, left-hand Nerve injury by constriction or cancer cells populating a bone activates GSK3ß, an enzyme that tags other proteins with phosphate. In nerve cells dedicated to pain relay in the spinal cord, GSK3ß tags d-catenin
(d-CAT), which routs d-CAT to the cellular garbage bin. Without d- CAT in the cells’ nucleus, the Kcc2 gene remains switched off. This in turn makes the pain relay neurons run full of chloride which makes them electrically more jittery, with chronic “refractory” pain a result.
Right-hand panel Treatment with Kenpaullone inhibits GSK3b’s phosphate-tagging capability, so that d-CAT becomes untagged, which clears the way to the nerve cells’ nucleus. There it binds to the DNA region of the Kcc2 gene critical for switch-on or switch-off, the promoter. By binding there, d- CAT reverts the switch-off to switch-on and the Kcc2 gene is running again, making KCC2 protein. KCC2 in turn pumps chloride ions out of the pain-relay nerve cells, making them electrically more stable. This leads to circuit repair and pain relief, based on resetting of the genetic switches. Instead of Kenpaullone, d-CAT can serve as payload of a gene therapy approach that directs expression of d-CAT and hence KCC2 to pain relay nerve cells in the spinal cord.